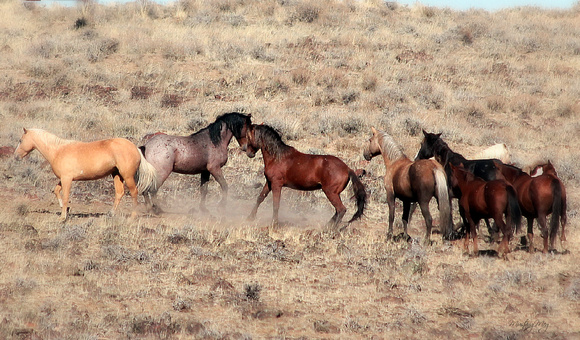 Freedom
Named with photo friends with me out there, in honor of my dad, who I lost a week ago.
Freedom, the red band stallion, drawing a line in the desert dirt for the bay roan who was standing in the way of the bands path. The band approached coming out of a waterhole, Freedom intercepted while the band waited for him to clear the way of the other stallion. He made it clear to the roan what... he would be up against, if he tried anything. The roan moved out of their way.
© Mustang Wild
Powered by ZENFOLIO User Agreement
Cancel
Continue