Created 31-May-18
44 photos
The end of the last full day a storm had rolled in, and as I wrote this in the next morning getting ready to leave, was on the deck hearing the rain on the tin roof. Solid rain and steady gray with thunderstorms in the forecast- packing it up to turn the iron nag for home. Happy for the rain, as it is great for the range- more grass for the mustangs and critters that live here, ample snow/water run-off to fill the creeks and waterholes, and grow a stunning variety of desert wildflowers too. 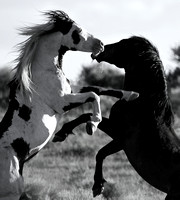 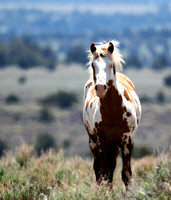